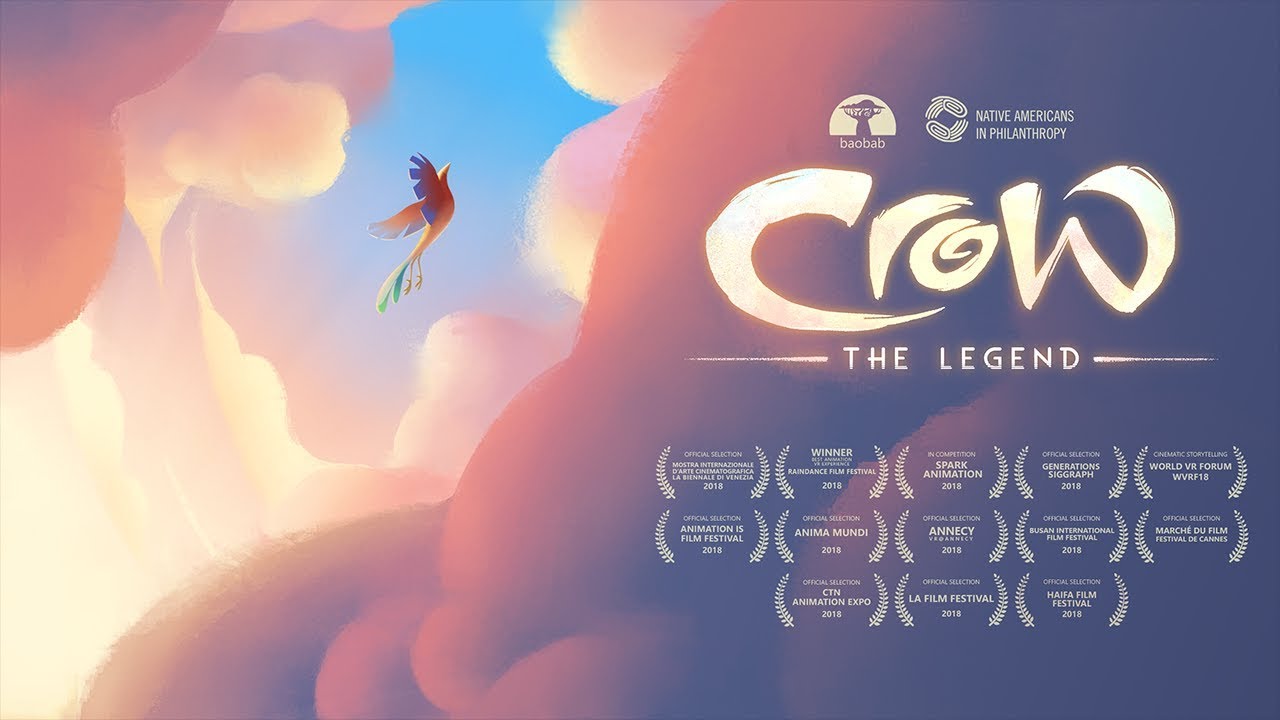 Crow: The Legend is an exciting new animated movie starring John Legend as Crow, the most popular and admired animal in the forest with his magnificent colors and beautiful voice. But when the very first winter arrives, can Crow make the ultimate sacrifice to save his friends? #NAHM #CrowTheLegend

Inspired by the original Native American legend, this story of sacrifice and community features Randy Edmonds, Kiowa-Caddo tribal elder and founder of the National Urban Indian Council as Narrator and Sarah Eagle Heart, CEO of Native Americans in Philanthropy, as Luna.

Two time Emmy winner, Baobab Studios is the leading VR animation studio. Our mission: Inspire you to dream by bringing out your sense of wonder. We will immerse you in fantastical worlds, introduce you to characters to fall in love with, and make you matter to these characters. Baobab was founded by Eric Darnell (Co-Director of all 4 Madagascar films and Antz!)