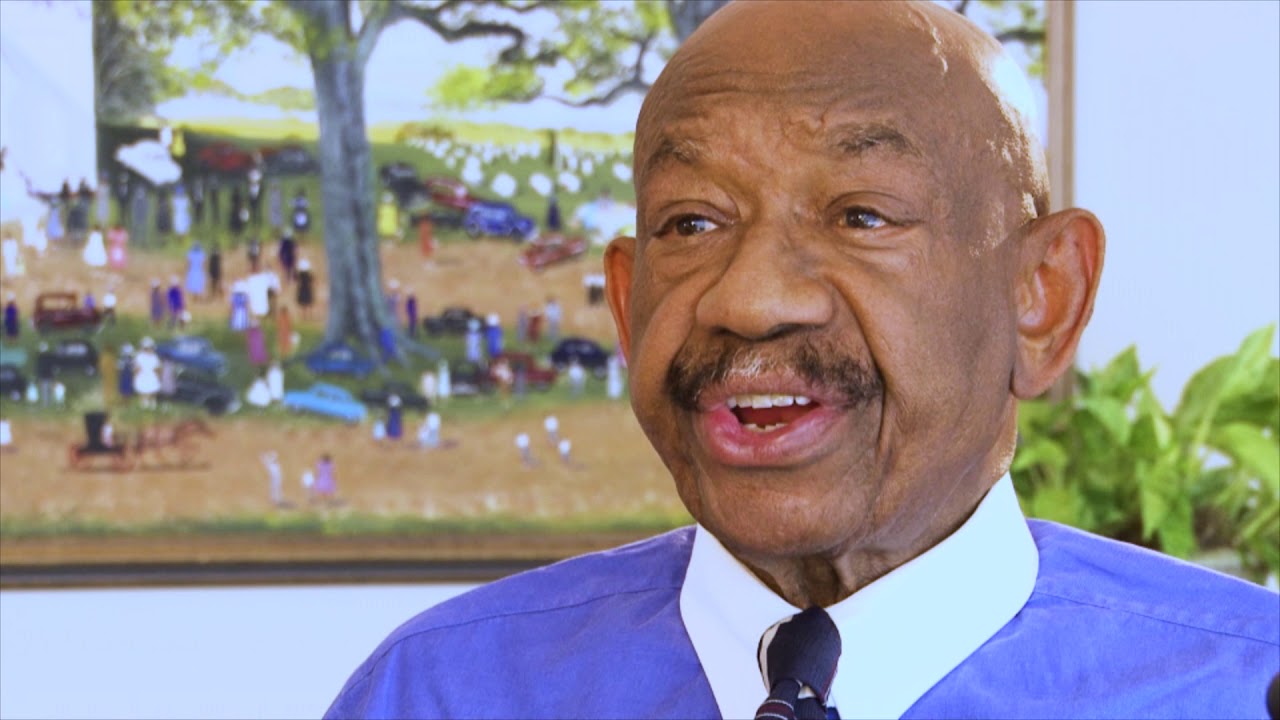 “Building Atlanta: The Story of Herman J. Russell,” a documentary film about the inspiring life and legacy of Atlanta businessman and founder of one of the United States’ largest black-owned commercial real estate development and construction firms. The nearly hour-long film took more than a year to produce and features interviews with notable Atlantans, who knew Herman J. Russell well.

“For our family, having our father’s and grandfather’s story told through the eyes and words of those who knew him best is a particularly impactful approach the filmmakers use,” said Herman J. Russell’s son, Michael B. Russell, CEO, H. J. Russell & Company. “As humble as he was, I think he would enjoy seeing what his friends had to say about him in addition to seeing his life story on television. He would hope this documentary will inspire people, particularly young people, to strive even harder to reach their personal potential against all odds, and that’s what we hope it does too.”

Herman J. Russell, the founder of Atlanta-based H. J. Russell & Company and Concessions International, LLC, is known for helping build the Atlanta skyline as we see it today as well as for shaping the airport dining experience for travelers throughout the country and the U. S. Virgin Islands since 1952 and 1979 respectively. However, his beginnings were humble. The Great Depression was a challenging time for most Americans, but particularly for a young African-American boy who was born in 1930 in the segregated South. As early as the age of 8, Herman J. Russell was inspired to build and own real estate, and to be his own employer. Through watching his father run his own plastering business, and feeling the urgency and necessity to create jobs during the hard economic times, his entrepreneurial spirit was born and lasted throughout his life until his passing in 2014.

“Our family felt it was important to document the legacy of our family patriarch in film for generations to enjoy and be inspired by, as we were all of our lives,” said Herman J. Russell’s daughter, Donata Russell Ross, CEO, Concessions International, LLC. “We’ve always been proud of our father’s accomplishments, but to see his life illustrated so beautifully in this film is so rewarding for our entire family. We are grateful ATL PBA was supportive and interested in sharing his story with a larger audience.”

The “Building Atlanta: The Story of Herman J. Russell” documentary, is produced, written, edited and directed, in coordination with the Russell family by Emmy Award-winning father and son co-directors, David and John Duke of Living Stories Film & Video. “John and I met Mr. Russell in his later years, when we interviewed him for our documentary on former City of Atlanta Mayor Ivan Allen,” said Duke. “Of his many qualities, the one that stood out the most was his warmth. As we worked on Mr. Russell’s own story, we quickly saw that he built more than buildings: The relationships he formed with Atlanta’s white business community became lasting friendships. The trust and confidence he inspired enabled a new generation of Black entrepreneurs to move into the mainstream. Herman Russell not only left his mark on the skyline of his home town; he helped to make real the legacy of a city too busy to hate.”

In the documentary, the voices of Herman J. Russell’s proteges are heard, along with business partners who witnessed first-hand his challenges of the times. For example, Robert “Bob” Holder, Founder and Chairman of Holder Construction, expressed, “Herman and I were born within a month of each other, and within three miles of each other, but the two worlds could not have been more different. Everything I was born into was designed to make sure I succeeded; everything he was born into was designed to be sure he did not succeed. And Herman, in his lifetime, overcame all of that.”