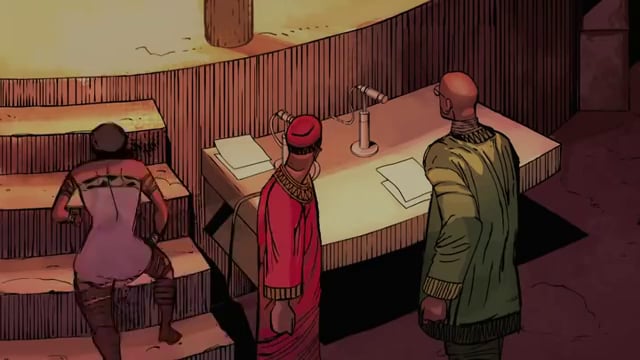 Black Panther is a cartoon series by Marvel Animation in partnership with BET, which was blocked from being aired in the US. The creators manipulated the establishment into producing it, but only after it was financed and previewed did the establishment realize what had happened and then yanked it from airing. It is a most political savy cartoon and DVD sales have been atop the charts of comic movies since its release, making it a favorite of many. If you understand the West and its relationship to Afrika this will be one of your favs too!

Alfre Woodard, Kerry Washington, Jill Scott and Djimon Hounsou starring as Black Panther, round out an all star cast for this wonderful and valuable work of art. Watch, learn, enjoy and share.